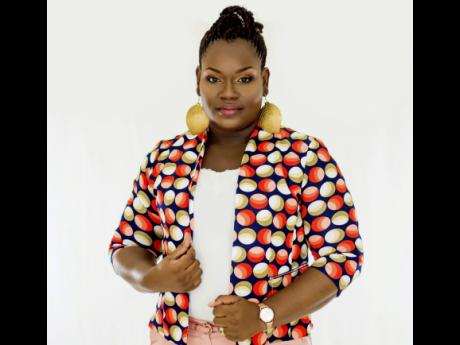 Last year, singer Latoya HD received a strong indication of just how good her debut album was when it was submitted for a prestigious Grammy award in the Best Gospel Album category and was subsequently listed for consideration.

Therefore, while she was undoubtedly full of gratitude when the project, Your Way, won Album of the Year at the recent Sterling Gospel Music Awards, she was not necessarily surprised.

"For my debut album to be considered among the many thousands of global Grammy submissions, that was an awesome feeling and a learning experience for me. We celebrate the victories on our journey, even the little ones," Latoya HD told Gospel Spotlight.

The songbird, who was singing long before she joined the industry professionally at age 14 to play keyboards for the Grace Thrillers, found her niche providing backing vocals for some of Jamaica's elite artistes, among them Toots and the Maytals and several top gospel acts such as Kevin Downswell, Jermaine Edwards, Junior Tucker, Papa San, Nadine Blair and Perpetual Sounds of Praise.

"I used to play keyboards for children's church, then graduated to playing in 'big church' at age 10. I would also sing on various choirs and also with my god-brothers and sister - the Young Thrillers - opening for the Grace Thrillers at concerts. My journey to being the music practitioner I am today came with many years of experience, working with artistes of varying calibre and honing my craft to a level of competence where I can now mentor and impart that knowledge to other music practitioners. Winning awards is the industry recognising the product of all those years of experience, for which I am truly grateful," she declared.

Latoya HD's flair for background vocals made her the go-to girl in the music industry at large. She has been on many tours in North and South America, the Caribbean, Asia and Europe. She admits that stepping into the spotlight of being a solo artiste was difficult and she wondered if she would have been able to make the transition seamlessly.

"I really didn't want to go solo. I was very comfortable arranging and singing background vocals for the different artistes, doing whatever I could to make them look and sound good, build their ministries and careers. One of the hardest things for me was to deliberately restrain myself from doing live background vocals. However, it had to be done if I was going to be taken seriously as a solo artiste. When you have been given a mandate by God, no matter how you try to run from it, it finds you wherever you are," she explained. Latoya HD still does vocal arrangements in studio and also trains vocal teams.