Promoters upset at another entertainment lockdown 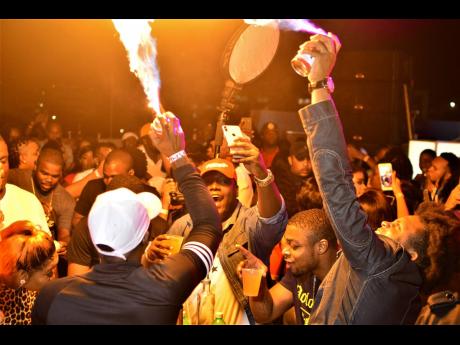 The reimposition of a ban on entertainment events is not sitting well with party promoters.

Prime Minister Andrew Holness, who made the announcement during a press conference on Monday, said that the Government was moving to slow the spread of COVID-19, which is threatening to overwhelm the country's health sector. Holness stated that from August 11 to August 31, no small or large events such as concerts, parties, tailgate parties and round robins will be permitted. The entertainment sector was reopened little over a month ago after being shut down last March. Entertainment players see this latest shutdown as somewhat of a nuisance. Dancehall selector Boom Boom says the lockdown will affect everyone.

"At the end of the day, there are the promoters who already paid their permit and even paid us as selectors and book the artistes and the sector just lockdown just like that," he said. "I can't support the lockdown because there are still parties that certain people can keep whe can't lock off. It better dem did just leave di ting whe it deh so that people can achieve and make a ting." Nickeisha, who was expecting to host her round robin event in Dam Head, St Catherine, on September 26, said she is extremely disappointed.

"One a di ting weh burn mi is that mi did start support the other member dem drink out and now mi nah go get to keep mine. Some a them nah go come back and give mi a strength although mi did support theirs. A my likkle way fi make mi money and honestly mi can't bother with the inside, outside, inside ting. Suh if COVID deh here fi di next two years a suh we a go live like prisoner?" she said.

Tamara, a bar operator and round robin banker, said she will be finding unique ways to host her event since she will not be granted a permit.

"Well, him say bar must hold 50 per cent a di people dem so mi a go downsize me ting and keep it a day den. Mi nah keep no party so let mi clear di air on that. But bar usually play music so a that mi a do and make a little money. We done see say COVID cases dem a rise like crazy suh we just have to understand and adhere by the rules as much as possible. Mi just wah make a little quello (money), yuh zimmi," she said.