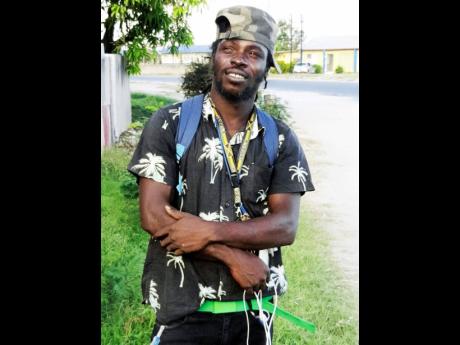 Singer Ishentikal is hoping his debut EP, She Tired of It, will influence members of the society to better protect women and children.

The six-track set is named off his 2020 single which was inspired by conversations he'd had with women who were being abused by their partners. Ishentikal, who has 11 sisters, said he urged the men to refrain from violence and ultimately decided to use his talent to make a wider appeal.

"My songs are all about what I see and there is also so much going on around us and a lot of artistes are not sending the message seriously that they can't escape the judgement from the fire of Jah," Ishentikal told THE STAR.

She Tired of It will also feature the song Nuh Beat Har. According to a report by the Institute for Gender and Development Studies at The University of the West Indies, Mona, one in four Jamaican women has been a victim of gender-based violence, having been physically abused by a male partner, while an equal number has been sexually abused by men who are not their intimate partners. Ishentikal's EP will also denounce the ill-treatment and sexual abuse of children.

"I'm targeting the child molesters, the careless mothers and fathers, the woman getting beat up and also Jah Jah God-fearing people," he said. The self-produced set is expected to debut before year-end.

Before the project's premiere, Ishentikal intends to release Akeba, Weh U Gone Sister? an ode to his sister who died in May after suffering a seizure.

The COVID-19 pandemic has had its impact on Ishentikal's livelihood but the singer has kept himself occupied with different ventures. He operates MyBrand Jamaican, a sandal wear company that he started in 2019, and is now looking to get back into concert planning.

Ishentikal is behind the popular Festival Inna Portmore stage show usually held each November in St Catherine. The inaugural event happened eight years ago and highlighted up-and-coming artistes. He said that preparations are being made for a staging this year.