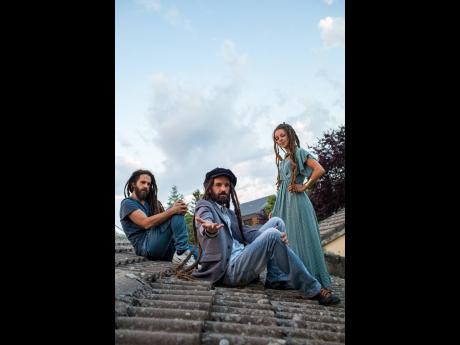 The vocal trio Emeterians has released a new album, titled Lockdown Project, named in deference to the government-mandated lockdowns instituted to curb the spread of COVID-19 infections last year in Spain.

The 10-track project was recorded during the height of the actual lockdown in Spain in August 2020 and recorded in the group's home studio. The trio consists of Maga Lion, who mixed and mastered nine of the tracks, Sistah MaryJane, and Brother Wildman.

"Our music and lyrics are specially meant for the new generations. In this project we mixed modern elements ... so we can also connect with the younger audience all over the world, while keeping faithful to our style and fans," Maga Lion said. This is the trio's seventh studio album. It was released on September 17.

The Spanish government had declared a state of emergency on March 14, 2020 to curb the first wave of COVID-19 infections. At the time, coronavirus cases and deaths were rising and hospitals were quickly becoming overwhelmed. Since then, more than 81,000 people in Spain have died with coronavirus.

The Emeterians have already released a couple of singles. Be Careful with Forward Ever Band and Call Me Anytime You Want were released earlier this year.

"The songs feature classic roots harmonies over a mix of reggae, rap and dub instrumentals that we built, recorded and arranged ourselves. It is a perfect blend of traditional Jamaican music with Rap and Soul, with our own touch of course," Maga Lion said.

Other singles include the autobiographical Our Story, in which the group sings about its beginnings.