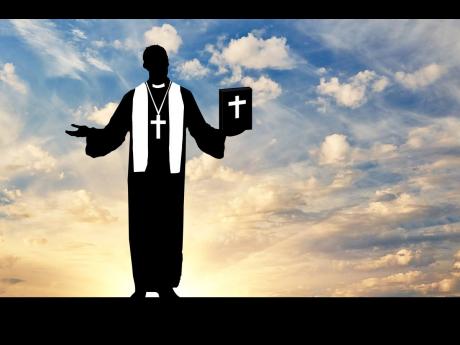 There has been much debate surrounding the COVID-19 vaccine which is expected to arrive in Jamaica early 2021.

Healthcare workers and politicians worldwide have been championing the effectiveness and efficacy of the vaccine, and at least two local religious figures have chimed in.

Reverend Stephen Smith, Baptist minister, told THE STAR that the scepticism surrounding the vaccine is understandable.

"I really don't know what to make of the vaccine. There are all sorts of conspiracy theories about the vaccine, which I don't believe. But I do think persons have a legitimate reason to be concerned. It's fair for concerns to be raised because a vaccine normally takes quite a bit of time to be ready to go through various tests," Smith said.

"I think this is the challenge for a number of persons. Remember the World Health Organization and all the other affiliated bodies indicate that a vaccine would not be ready until another year or two."

He added, "Vaccines have been around for a long time, to address all kinds of medical conditions, to aid the process against viruses in the past. So I am not one who is hung up on the vaccine. When it runs its course, we'll see what happens, but if the vaccine is a part of the solution for the way forward, then I don't see any problem with it."

Sandra Lindsay, a Jamaican-American nurse, was the first person to get the COVID-19 vaccine in New York on Monday.

Lindsay's vaccination was live-streamed on New York Governor Andrew Cuomo's website, after which she stated "I feel hopeful today. Relieved. I feel like healing is coming. I hope this marks the end of a very painful time in our history."

There is no hesitation from Gary Buddoo-Fletcher, chaplain for the Jamaica Constabulary Force, to take the vaccine.

"As it come here me a take it! It will help to eliminate this virus ultimately. That's the major way of dealing with pandemics over the years. So why is it different now and we are more modernised now than ever before? Why is it that we are so hesitant?" he said.

Fletcher says the time frame in which the vaccine was developed should not be demotivating, as the vaccine has been approved by all the necessary health players. The US Food and Drug Administration approved the first coronavirus vaccine last week.

"I don't see a problem with that. They have been working on it and even with the speed at which the vaccination has been developed, it has gone through the rigours. And the World Health Organization has approved it. We have to work with it," he said.