Gungo and sorrel not selling much this Christmas 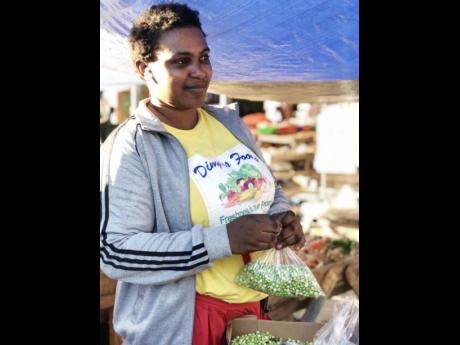 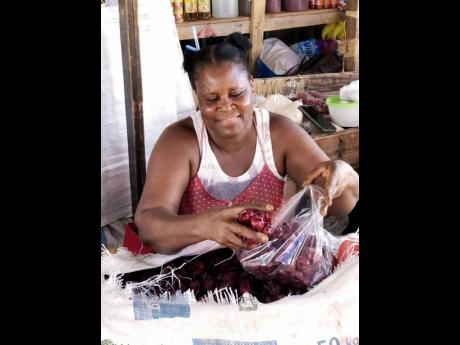 Coronation Market in downtown Kingston is ripe with vendors selling gungo peas and sorrel - two of the most in-demand crops during the Christmas season.

But vendors have already come to terms with the fact that this Christmas is very different because of COVID-19, as there is little to no demand for them. All through the market, bags and boxes are red with sorrel and green with gungo, as vendors sit, hoping sales increase by Christmas Eve.

As Sashakay Connolly bagged gungo peas, anticipating the next buyer, she told THE STAR that she ordered less because she expected things to be slow.

"Maybe like Wednesday or Thursday things will pick up. Christmases before, the demand was much, much greater. I'm selling for $1,000 a quart and $350 per pound. I get it for $4,000 a zinc and it's 16 pounds in a zinc," she said. Last weekend had the most activity she has seen in the market.

"Most people come Saturday because that is a day when it's a bulk price and you have a variety. Saturday, I was selling for $800 and today it's for $1,000. And it will be up on Christmas Eve to about $1,500 a quart. That is a yearly thing, because people usually come last-minute and want their necessary things."

Meanwhile, Joan unloaded her bags of sorrel on Monday morning after weeks of waiting, hoping to meet a rush of customers.

"I wasn't selling it all along from it come in ... it did too plenty and cheap. But like how the holiday coming up now, the price is getting higher and higher. A very few people pass and buy so far," she said. She sells sorrel for $300 a pound, making a $50 profit. But as it gets closer to Christmas, the price will rise.

"After the holiday, you know seh everything gone. We have two type of sorrel, the black and white. But the people want the black one because dem nuh used to the white one. We hardly get the white one though. Sometimes you may get a bag with one and two white ones, but it nuh frequent," she said.

Barbara Edwards told THE STAR that she has also seen a decreased demand for sorrel.

"It's not that plenty like last year, but we have to give God thanks for the little we get. We get a lot this year and it's not cheap like last year. I get it for $270, I sell it for $300 a pound. Some of the people complain about the price while some buy it," she said, noting that most persons prefer the black sorrel.

"After the rain that we had, sorrel come in and was selling for $180 and $200. Now, it's $300. So most housewife buy up sorrel before and store it in their fridge while others wait until last minute," Edwards said.