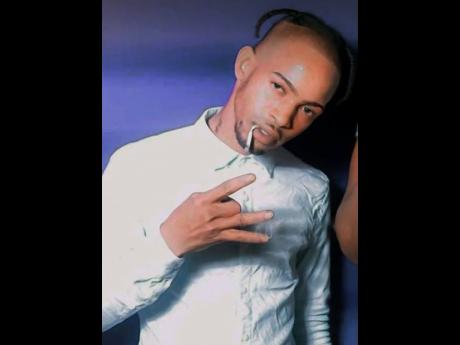 Romaine Atkinson, 21, was assisting a neighbour with cooking about 2:30 p.m. on Christmas Day when he was attacked and fatally shot several times by unknown assailants in Rose Town, St Andrew.

Atkinson was a well-known chef in the community and was assisting Linda with Christmas dinner.

"Right now me caa talk ... me not even eat," said Linda, turning her back and wiping away tears.

Marva Mullings, his aunt, told THE STAR that Atkinson has been living with her since he was a baby.

"A yah suh him born and grow. Him nuh inna badness! A hard-working boy! Romaine hard working. Anything at all you call him fah, and him a get pay, him a guh dweet. Romaine nah trouble nobody," Mullings said.

"Him work in a wholesale and him have a restaurant cross the road. And because a holiday, him decide fi take a break from that and go pon a site a country fi go make extra money."

Mullings couldn't help but point out the fact that one day earlier, it was all laughter and merriment until a bullet ravaged the family's mood.

"All a we put $5,000 togther fi have a good Christmas. We rent chair, we rent table and we have a 20-pound and a 10-pound pot, so we plan fi cook big Christmas family dinner, but none a dat nuh get fi happen. Big, big Christmas! Before dem siddung and enjoy dem self with family and friends, dem a ride up and dung with gun pon bike. Dem deh ting deh a foolishness. Nuh care how you a war boat, yuh suppose to have likkle peace inna yuh soul. If a even one day out a the year!" she said of her nephew's killers.

Atkinson was just one of two victims in the community on Christmas Day. Kingston West police report that about three hours before Atkinson's murder, 24-year-old Jermaine Mowatt was in the Georges Street section of the community driving his motorcycle, when he was attacked and shot dead by unknown assailants.