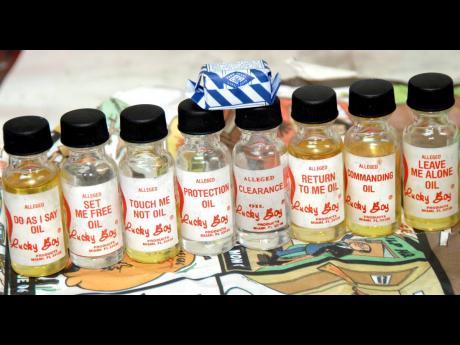 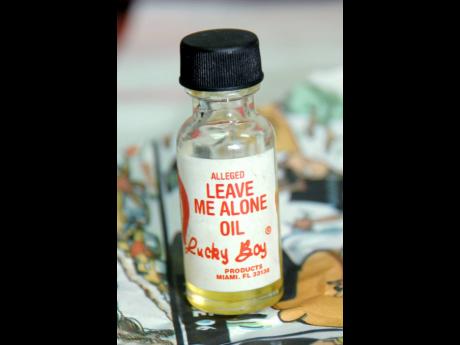 Local obeah man Reuben Williams is advising his clients to be careful what they wish for, especially as it relates to 'tying' their other half.

This after one of his clients desperately wants him to untie her husband who she argued has been loving her too much.

"When these people make up them mind about what them want and I command a spirit, I cannot just go back to the spirit and say come back here and stop what you are doing. Spirits are not humans, so they operate different. They work off commands and not just a simple 'yes' or 'no' thing, so you have to be careful what you wish for," he said.

The woman, who resides overseas, reportedly contacted Williams about six weeks ago and expressed an interest in 'fixing' her husband, who she said wasn't paying her any attention. She now thinks he has become too clingy.

"The tie whe him do a make mi husband nuh wah guh nowhere. Even if mi a go pon di road, him wah come and if mi a talk pon mi phone, him wah know who mi talking to," she pleaded. The woman said she is also extremely annoyed with her husband's insatiable sexual appetite, stating that he wants intercourse as often as six times daily.

"Mi know di obeah man busy and ting but mi a beg him just help mi out. Mi cant take it nuh more," she said. But Williams said he is somewhat unmoved, as he does not understand what her real issues are.

"She cannot afford the $2 million and I asked her more than once before I tie her husband if this was what she really wanted and she said 'yes'. Most I can do for her, and it is still going to cost her, is to ease down the sexual urges of her husband," he said. Williams said that based on his readings, it is obvious that the husband loves her but his focus was shared elsewhere. He advised her to bask in the new-found attention that she is receiving from her other half.

"She just needs to work with the situation and ignore his clinginess because that was what she wanted. She is not in any form of danger or anything," he said.