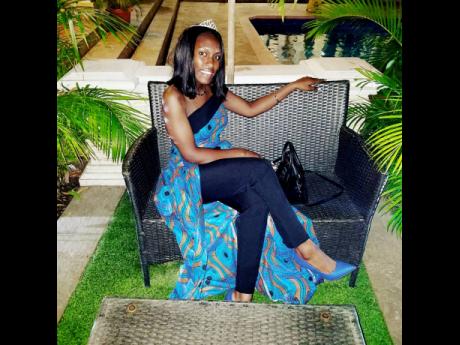 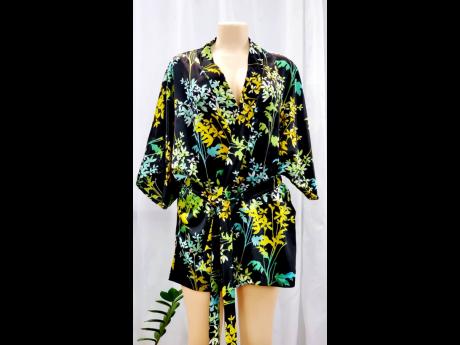 One of the pieces created by Leonie Thompson.
1
2

Leonie Thompson is a 19-year-old resident of Mount Charles in St Andrew East Rural who has her sight set on making it big in the fashion industry.

A third-year student at the University of Technology where she is pursuing a Bachelor of Arts degree in apparel design, production and management, Thompson smiled brightly as speaks about her dream of making her hometown famous through her career choice.

She scrolls through her phone and showed off her self-made outfit for her prom in 2019, which she regards as one of her biggest accomplishments to date.

"I didn't think it was necessary for me to spend $20,000 or more on a prom dress when I could just make my own that will cost about $14,000 less. When I was at prom, everyone liked it," Thompson said.

The Papine High School past student created a flowing pants dress combo, which she said has people looking on in admiration.

"I was walking in my own design. It was a really proud moment for me. This was a milestone for me and I really felt proud of myself," she said.

Thompson said that her passion for fashion designing started when she was around six years old when, like children her age, she spent lots of time playing with dolls for which she sought to create various pieces.

"I would teach them and comb their hair but then I would also cut up my mommy's sheets and make clothes for them, and I would stop at the dressmakers and ask for scrap materials and take mommy's needle and thread and make their outfits," she recalled.

While at Papine High School, Thompson was bitten by the designing bug. Her inspiration, she said, came from a local designer name Melissa Moses, who visited the school and showed off some of her work.

"I wanted to be like her and more. In grade 10, I made my first official outfit, which was a dress and shorts combination. I showed it off to the school and persons were impressed and were even asking me to make something similar for them," she said.

The aspiring designer has been making pieces such as cushions, bonnets and robes as she sets about stitching her name in the minds of persons who have interacted with her. She is, however, mindful that she will have to spread her wings much farther than Mount Charles, which is a small farming community where its residents regularly encourages her to follow her dreams.

"Because there are not a lot of persons living here, whenever I make things it does not reach as widely as I would want to, so I am looking forward to spread my wings and be that little girl who made it huge from Mount Charles," she said.