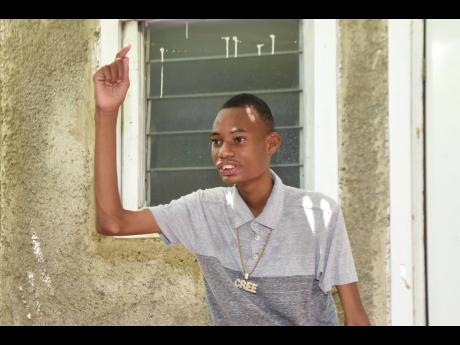 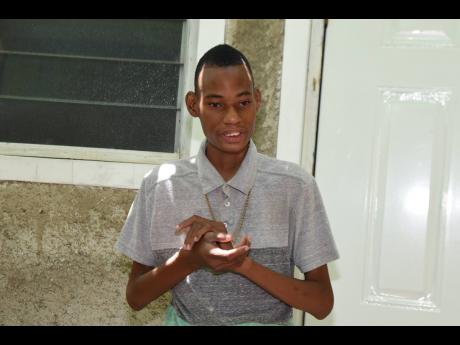 DeZouza has a large following on social media, and is especially popular among the ladies.
1
2

Ziddon 'Ziddy' DeZouza is known for his contagious smile and bubbly personality, but the fast-rising social media sensation was not in the mood for jokes as he spoke with THE STAR recently.

Standing in a yard on Blake Avenue in Southside, central Kingston, the teenager said he is pleading for peace in his community.

"People, mi a plead wid unno to stop the violence. The people inna the area with firearm, unno need to put it down please, because police ago find unno and deal with unno. Mi a beg di gunman dem, please for peace. Mi wah put out mi video dem and enjoy myself," he said.

The Kingston Central Police Division has experienced a more than 30 per cent increase in shootings and killings in 2021. Several houses have also been firebombed. A woman was killed in one of those incidents.

DeZouza, who is also known as DJ Skinny, resides between Highholborn Street and Blake Road in the community. His guardian Terry-Ann Foote says the 18-year-old suffers from heart and brain conditions. He attended the Randolph Lopez School of Hope, a learning institution for children with disabilities. But he has used his disabilities to his advantage.

"He use to pass on the streets and persons use to trouble him because of his disability. He is very 'facety' so he would respond and then they would video him and upload it to social media and the viewers fell in love with him and he became in demand," she said. Foote said that DeZouza, who has close to 60,000 followers on Instagram, is currently getting as many as three bookings per week. Foote says promoters are also requesting his presence at parties and other events.

"He also do big-ups for fliers and persons are also asking him to do drops and dub plates. He is going places. He is also tapping over into the deejaying field and he is great at playing the drums, a skill which he learned in the church," she said. During the interview, DeZouza showed his vocal range, belting out lyrics to Vashaun Mitchell's gospel hit Nobody Greater. This was followed by Alkaline's Ca Cry Cree and a song he said he wrote, called Salad and Pile.

Anyone who watches any of his videos will know how popular he is among the females, some of whom are usually seen showering him with small kisses. But the teen says he's taken.

"When di girl dem use to see mi at School of Hope, dem love mi off and a di same ting when mi go road. A bare girl want mi. Mi engage still but the girls dem still wah mi," he said.