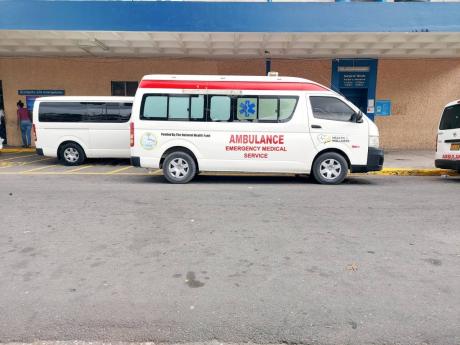 An ambulance parked outside the Kingston Public Hospital. 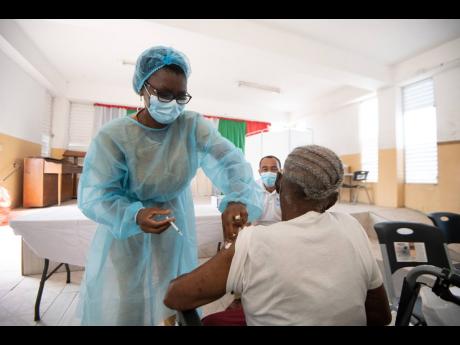 A senior citizen being vaccinated against COVID-19. 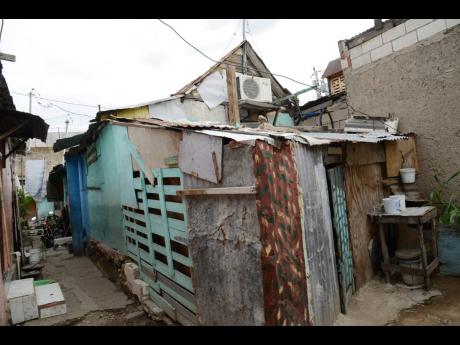 The Caribbean Policy Research Institute, in a recent study, said that crowding was not only inconvenient but dangerously problematic in the context of a contagious virus like COVID-19.
1
2
3

As the number of COVID-19 continues to rise locally, the Government is stressing the need for persons to observe proper infection prevention control such as mask wearing, handwashing and physical distancing to slow the spread of the virus.

While the Delta variant has not been detected in Jamaica, Prime Minister Andrew Holness said that public health officials are being proactive by operating as if it is here.

However, in some of the country's inner-city communities, several people who share multi-family dwellings in 'big yards' said that while mask-wearing and handwashing may be easy, maintaining physical distance is easier said than done.

Michelle, who shares her yard space in New Haven with several other persons, said she is not taking any chances and continues to follow the protocols.

"Before we even hear about Delta, the people dem in the yard where mi live take the virus serious. Is a tenement yard mi live in and everybody wear dem masks and sanitise. We take it very seriously and mi personally stay far from people because some a dem know say dem have it and come round people same way. Some a dem all go work and contaminate the place," she said.

The Centers for Disease Control and Prevention (CDC) in the United States said that the Delta variant is nearly twice as contagious as previous variants. On Wednesday, the CDC urged pregnant women to get the COVID-19 vaccine due to "disturbing numbers of unvaccinated" pregnant women who are seriously ill with the virus. The CDC also said that some data suggest the Delta variant might cause more severe illness than previous strains in unvaccinated persons.

Despite the ominous warning, one inner-city female said that she is unbothered.

"We cluster up but we nah catch it because our body strong and we always have a remedy fi wi sickness . Mi want to know if the PM never know about Delta when him make Dream Weekend keep and other parties. My only concern is when school ago open because di pickney dem dunce," she said.

Meanwhile, Dr Mindi Fitz-Henley, president of the Jamaica Medical Doctors Association (JMDA), is urging Jamaicans to be careful. She stated that because the transmission level is very high and it could spread rapidly for persons living in tight quarters.

"What we know is that previous variants may infect one to 1.5, but with this variant it can infect up to four persons, and so that is a big concern. If one person in a large household was suppose to become unwell then it's likely that the majority of the persons in the home would be affected. As you can imagine, it would spread rapidly in a community that is tight knit so that is a concern for us," she said.