Heartache in Clarendon as three murdered relatives laid to rest 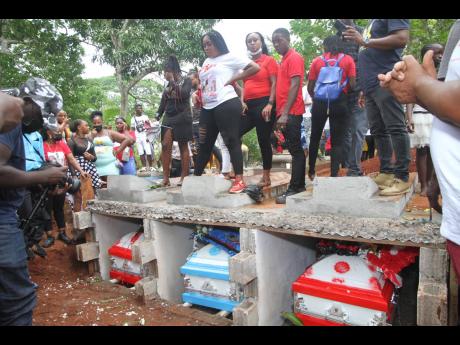 Family members and friends gathered to say their goodbyes to three of the victims of the September 12 quadruple murder in Havannah Heights, Clarendon. Tashana Whyte, 32, her sister Sherona Whyte, 25, and their 19-year-old nephew, Luke Newman, were buried on Thursday in Woodhall. The fourth victim, Micheal Solomon, Sherona’s babyfather, was buried earlier this month. 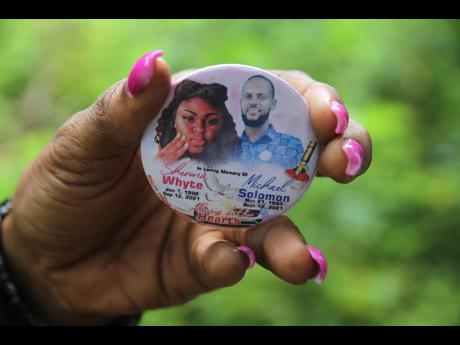 Papa has been left ophaned following the death of his mother, Sherona Whyte and father Michael Solomon during a quadruple murder in Havannah Heights, Clarendon on September 12. 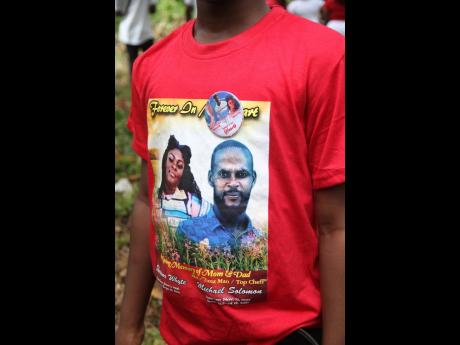 ‘Papa’ has been left orphaned following the death of his parents.
1
2
3

"Yuh kill me son mother already... nuh badda kill me, just leave me mek me raise him," were reportedly the last words uttered by Michael Solomon, one of the victims of the September 12 quadruple murder in Havannah Heights, Clarendon.

Six men have since been charged for the vicious murder that made national headlines. On Thursday, scores of mourners flooded the streets outside the Dynamic Church of God in Havannah Heights to celebrate the lives of the Whyte sisters and their nephew. Solomon was buried earlier this month.

Solomon and Sherona's now orphaned eight-year-old son sported a red shirt bearing images of his parents with the word 'Son' printed on the back. Relatives said they were good parents to their son, whom they affectionately called 'Papa.'

"Sherona would always say 'Not even work me nah go work until Papa get big because me nuh want nobody ill-treat him'. When Sherona leave Papa go May Pen, she call all 100 times to check up on him," the cousin continued.

The eulogy gave details of Sherona and Solomon's love story, citing the couple as a perfect example of true love.

"The love Sherona and Michael shared was untouchable. Michael was Sherona's first and only boyfriend. Michael loved Sherona and Papa so much. He worked just to make sure they were well taken care of," the eulogy read.

An elderly Monica Daley was a picture of grief and despair as pallbearers carried two red and white caskets and a blue and white one, bearing the remains of two of her daughters and her grandson to a specially dug grave in Woodhall in the parish. Luke was eulogised as a humble individual.

"Humility was his strongest trait. He was never one to fuss or argue. Whatever you gave him, he would gracefully accept it," said Janice Williams.

She shared that Luke had a knack for cooking and was always willing to share his culinary knowledge. The pain was too much for his mother who fainted during the service.

Friendly, loving and kind were qualities attributed to Tashana, the 32-year-old mother of four.

"Tashana don't make anything bother her. When Tashana cook anybody can just go and take out good and she didn't even care if she get any of the food," read Everton Beccon, Tashana's brother-in-law.