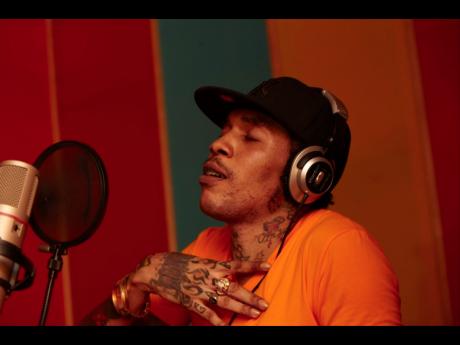 Popular entertainer Vybz Kartel has reportedly been transferred from the Horizon Adult Remand Centre to the to the Tower Street Adult Correctional Centre, following the airing of a new Fox5 New York interview this week.

In the interview, journalist Lisa Evers was told by Sidem Ozturk, a British social worker, that she got engaged to the dancehall superstar in the summer of 2022 during an authorised prison visit.

Jamaica’s prison authorities have not commented on the matter.

Ozturk said that she began corresponding with the entertainer in 2015 and met him for the first time in 2019.

“To be engaged to Adi is a dream come true,” Ozturk told Fox5. “It’s amazing, I don’t even know how to describe how I feel.”

Kartel, whose given name is Adidja Palmer, has since been relocated to the Tower Street Adult Correctional Centre in downtown Kingston.

The entertainer has reportedly been placed on a block called ‘Jail’, which has been equipped with security cameras and other forms of modern technology designed to prevent illicit activated.

Palmer is serving a life sentence for the 2011 murder of Clive ‘Lizard’ Williams.

He has been ordered to serve 35 years before he becomes eligible for parole. The entertainer has appealed his conviction and sentence.