Athletes to get stipends for March 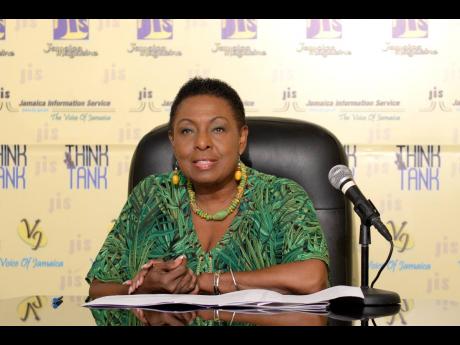 Minster of Sport Olivia Grange says that athletes will be given their stipends for March as part of the Athletes Assistance Programme (AAP) despite the Tokyo Olympics being postponed until 2021.

The initiative, which was launched earlier this month, would have given overall assistance to athletes valued between $50 and $70 million for persons who have qualified or on the verge of the qualification of the Olympic Games. The assistance granted a stipend of $20,000 per week and was expected to last for 18 weeks.

With the coronavirus pandemic showing little signs of improving and countries pulling out unless the event is pushed back, the International Olympic Committee(IOC) along with the local organising committee released a joint statement pushing the event back "no later than summer 2021." Grange said in a statement yesterday that the agreed sum would be paid to the eligible athletes for this month.

"We committed to provide stipends for the athletes while they train for the games under the AAP. We will pay the sums up to the end of March as our athletes put their training programmes on hold," she said.

A total of 135 athletes have been deemed eligible for the programme which required them to meet the qualifying standard in their respective sports.

In response to the postponement, Grange said that the rescheduled date gave closure to the athletes after weeks of questions of whether the event should be held in light of the current health crisis. She went further to commend the athletes on their diligence in training under the extreme circumstances.

"We accept the decision and we think it's a good move. For one thing it provides well-needed clarity for our athletes," she said. "It is difficult to prepare for international competition in the best of times so we can imagine how difficult it has been for them during this time of uncertainty.

The Tokyo Olympics now joins the 2020 European Football Championships and Copa America as some of the major sporting events that have been pushed back to 2021 as a result of the coronavirus which has now infected nearly 400,000 people worldwide.