IPL 2020 hanging in the balance 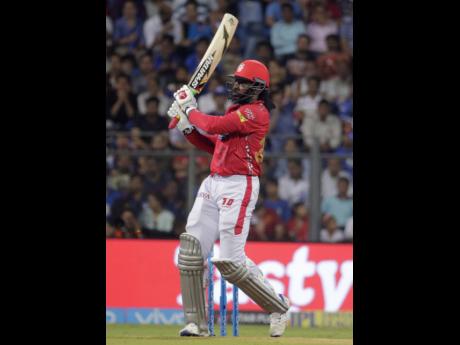 West Indies players were yesterday anxiously keeping watch on the fate of the lucrative Indian Premier League which hung in the balance after India Prime Minister Narendra Modi imposed a nationwide lockdown due to the threat of the coronavirus pandemic.

A scheduled conference call between the Indian Cricket Board (BCCI) and representatives of the IPL franchises was called off as the country's Government intensified efforts to fight the virus which has already caused 469 infections here and killed 10 people.

The tournament, which features several West Indies stars like white-ball captain Kieron Pollard and superstar Chris Gayle, was originally scheduled to start on March 29 but was last week delayed until April 15 following a March 14 meeting.

But the global crisis has reached new highs in recent days with 411,448 cases reported worldwide along with 18,000 deaths, leaving speculation rife over the postponement or cancellation of the tournament.

BCCI president Sourav Ganguly said no decision on the tournament had been taken, however.

"Nothing has been decided yet. There is no clarity," the former India captain was quoted as saying.

"We don't know yet. Let's see how things go in the next few days."

No new date for the conference call has been set but the new measures announced by Modi means an April 15 start will be unlikely.

The country's leader said "to save India, to save its every citizen, you, your family ... every street, every neighbourhood is being put under lockdown."

"No doubt this lockdown will entail an economic cost for the country but saving the life of each and every Indian is the first priority for me," Modi said in the address.

"Therefore, I request you to remain wherever you are in this country."

The IPL is worth an estimated US$6 billion and the BCCI is set to lose around US$500 million alone in the broadcast revenue if the tournament is scrapped.