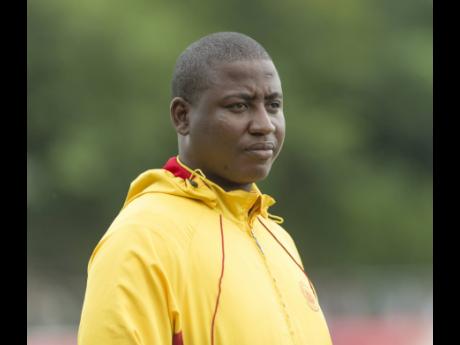 Former national player Alex Thomas, although grateful for his stint at Arnett Gardens, said that the time was right to move on to other pursuits.

Thomas resigned last Friday with immediate effect, ending his stint with the South St Andrew-based club after two years in charge. Thomas took over from Jerome Waite in August 2019, after the latter was sacked just before the start of the 2019/20 season.

While not disclosing specifics regarding his decision to step back, Thomas said that he is appreciative of the time that he spent with the club which he says has helped in his overall development as a head coach.

"After two years I am grateful for the opportunity but there is a time when you have to just step away from stuff and wished the club the best of luck going forward," Thomas told STAR Sports. "There is nothing to go in-depth really on with my decision to resign but the time has come to part ways with the club."

Thomas only managed to complete a full season this year as the 2019/20 campaign was declared null and void because of the pandemic and with Arnett in the thick of the play-off race.

The 2021 Jamaica Premier League campaign saw Thomas unable to mount a challenge, finishing in ninth place, outside of the play-off positions. They were only able to win two games out of the 10-game regular season. However, Thomas said that the disappointing results did not play a role in his decision to leave the club.

"That wasn't the case for me because at the end of the day the club was in a transition stage. The greatest thing is that we got to expose young talent and that was the objective and the vision of the club," Thomas said. "It's different situations but there is a time and place that we have to move on. But Arnett believed in me when they approached me as a young coach. I've learnt a lot and I will take this opportunity to (advance) my career."

Thomas says that he is not in a hurry to return to premier league management but is instead focused on preparing Wolmer's Boys for the upcoming schoolboy football season which has been approved to start next month.