Busby facing sexual misconduct allegations - JFF executive to meet next Tuesday to discuss the matter; Busby has denied the allegations 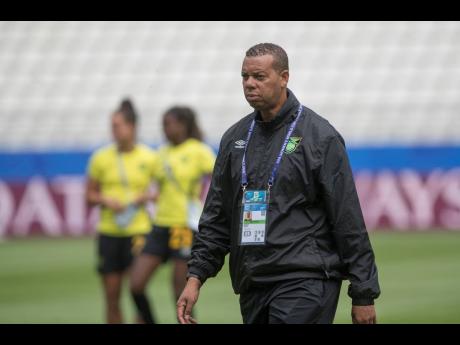 In an article published by British newspaper the Guardian yesterday, former player Malloree Enoch has accused Bubsy of soliciting sex from her during a recruiting process while he was in charge of the Vancouver Whitecaps women's team between 2010 and 2011.

Enoch gave details regarding the alleged misconduct which started in 2010 when she initially reached out to him seeking an administrative job with the Whitecaps which Busby suggested that she could play for the team instead. The recruiting process, according to her, triggered a series of incidents which included giving her sports equipment as gifts to asking her to stay with him alone in his hotel room.

Enoch went further to elaborate on an incident that occurred in February 2011 in Orlando when Bubsy convinced her to stay the night in his hotel room after scouting a tournament there. She said that Bubsy allegedly made unwanted sexual advances towards her in the hotel room.

Busby has denied the allegations in the report including that inability to secure a contract renewal at the club was because of complaints of inappropriate behaviour not just by Enoch but also by players towards him and his coaching staff. Busby has not responded to STAR Sports requests for comment.

It is a situation that has resulted in the Jamaica Football Federation (JFF) calling an urgent meeting with Bubsy next week regarding the situation, according to a release yesterday.

"The JFF is aware of allegations surrounding National Women's Head Coach Hubert Busby. The executive of the JFF will convene next Tuesday to discuss the matter with Mr Busby," the statement read.

JFF general secretary Dalton Wint and chairperson of the women's football committee Elaine Walker-Brown both declined to comment when STAR Sp orts contacted them yesterday. STAR Sports understands that the matter will be taken seriously and that any potential action regarding Bubsy's tenure with the programme will need the involvement of the disciplinary committee. The allegations come in the midst of a reckoning within the women's game recently with players openly detailing alleged incidents of abuse and misconduct within the sport.

The Reggae Girlz are scheduled to begin their World Cup qualifying campaign next February .