Spectators in the stands! 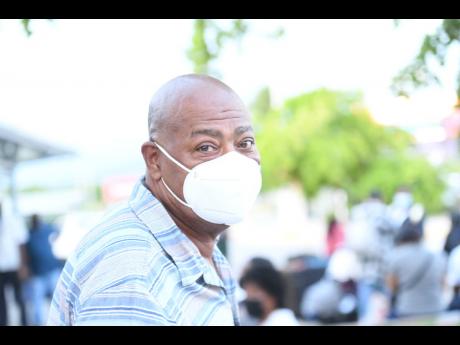 Jamaica Football Federation (JFF) president Michael Ricketts says that he is grateful for the strong pitch made to the Government which convinced them to bring fans back to the National Stadium for the World Cup qualifiers.

The long wait for home spectators will end as Local Government Minister Desmond McKenzie last night said that a limited number of fully vaccinated fans will be allowed to attend the November 16 home game against the United States. Previously, Jamaica were the only country in the eight-team final round that did not play in front of their home fans.

The move is a reversal from Wednesday's initial decision to not have fans in attendance citing continued COVID-19 concerns. Ricketts said that the local authorities were impressed with the JFF's overall plan which was discussed in a meeting last night and with additional requirements, they will have fans at the National Stadium.

"We did a comprehensive document covering every aspect of spectator support. The management of the stadium, the vaccination process, the validation of vaccinated people were all part of the discussions this (yesterday) evening. They seemed to have bought into the proposal," Ricketts told STAR Sports

"They have set out parameters and we certainly have to make the adjustment but all in all it has to be best practices from here on. But we will definitely have spectators in the stands (for the USA game)."

Approximately 5,000 fully vaccinated fans will be allowed, way short of the JFF's initial goal of 50 per cent capacity (17,500). However, Ricketts says that they hope that they can prove their execution of the USA game will get them to their desired target for their January home game against Mexico.

"We had asked for half of the capacity of this stadium. But it's a work in progress and we just need to ensure that we get things right so that they will be so impressed that the numbers will increase," Ricketts said.

Jamaica played their first two home games against Panama and Canada without fans. The November 16 game opens the back half of their qualifying schedule with five of the last seven games at home.