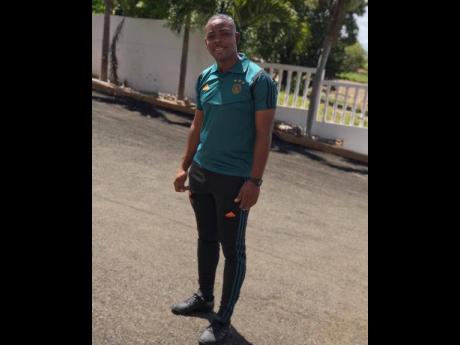 Two years removed from their Ben Francis Cup success, BB Coke High head coach Kemar Ricketts says that they are in pole position to make their own daCosta Cup dreams come true both in the short and long term.

The 2019 cup winners step back on to the field for the first time since that Ben Francis title triumph when they open their 2021/22 daCosta Cup campaign against Mt St Joseph High on Saturday, as schoolboy football returns after more than a year’s absence.

While the COVID-19 pandemic resulted in a year’s absence for the team, Ricketts says that it has not slowed down their ambitions, having been able matriculate promising young talent into their squad with the added luxury of retaining seven players from their 2019 team. He hopes this will position them as consistent challengers now and for the future.

“COVID-19 and the gap of not having any football last year would have forced teams to look at the younger talent and groom them properly and gear them towards next year. The team is a mixture of experience and youth. So we will be retaining a vast majority of the present squad for next year also,” Ricketts told STAR Sports.

Among those seven returnees are defender Nicoy Witter, who has been promoted to team captain, as well as midfielder Danyea Whitely. Although all teams are operating with the lengthy lay-off, Ricketts does not anticipate any clear path towards daCosta Cup success this season, believing the trust in the youth will play a big role in the competition.

“All the teams that had good under-14 programmes in 2019 would have a good team at this moment. Apart from that, you have other teams that would be recruiting from teams that are not playing. You only have 53 schools entering, 53 very good schools that are entering. So it’s all about what your mentally is and how prepared you are and the focus,” Ricketts said.

That focus has gone into their preseason preparations, which Ricketts says have gone well, with the benefit of a July start to their preparations despite receiving late permission to host practice games. Knowing the quality that still exists in the field, Ricketts underlined the importance of a strong start to put them among the challengers this year.

“We have to take it game by game and not just jump and say where we will be because there is no guarantee. First, we must start well. We must approach this competition game by game, starting well. Once we apply our best, then that will take us far,” Ricketts said.