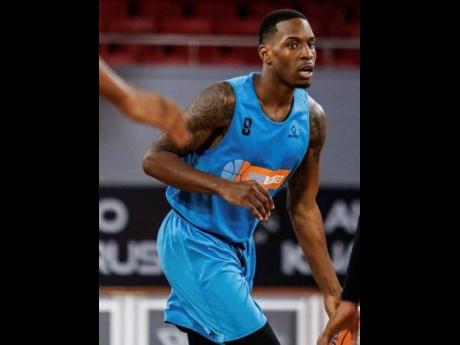 Having obtained his Jamaican citizenship recently, United States-born basketballer Marcus Patterson is targeting the opportunity to represent the land of his parent's birth in their quest for the 2024 Olympic Games.

Patterson, 26, has played the majority of his career in Europe, specifically in Portugal and England as he sought to establish himself professionally. It was not only the desire to learn more about his heritage that drew him to apply for citizenship but also to play a role in Jamaica's basketball story, which includes aspirations of the upcoming Olympic Games in Paris in 2024

"My entire family is from Jamaica. My siblings and I are the first generation Americans here. So it's a great opportunity to get that citizenship and that passport now because with the Olympics coming up," Patterson told STAR Sports. "I know the Jamaican national team is trying to make a push and trying to compete at the highest level and I would love an opportunity to play. And not only that just to be closer to my roots and just keep that going in the family."

It is a process that came to the surprise of his parents who are both from Jamaica, but one that was received with much joy within the Patterson household.

"They didn't expect me to go this route. I think they are extremely excited. The fact that I went through the process of getting citizenship and wanting to represent the country. So I'm pretty sure they are happy, especially my mother. She is ecstatic," Patterson said.

Although pleased with the switch, Patterson recognises his responsibility to ensure that his performances warrant him a call-up to the national team. He has signed with Portuguese club Montijto Basket Associacao for the current season which already started last month. Patterson says that he is determined to produce for his new club to get his international opportunity.

"My goal is to win as many games as possible, create a lot of impact as soon as I get there, with my energy my play on and off the court. I'm just excited for the opportunity," Patterson said. "I know once I get my foot in the door and I meet everyone, hopefully, we can all get on board and just work together as a team."

Patterson has played previously in Portugal with C.A. Queluz in 2019 and averaged 8.2 points, three rebounds and 1.7 assists from four games before COVID-19 postponed the season.

It is the future that Patterson is focusing on for the moment, a future that he hopes will yield a long-awaited chance to put on the colours at major events.

"Hopefully, I can get some opportunities to showcase and to represent the country in the best way possible. Not even just for the country in the International Basketball Federation (FIBA) competitions but just in general," Patterson said.