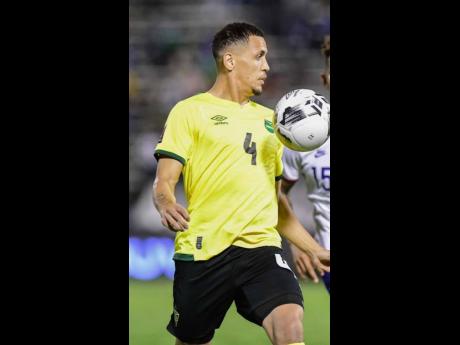 With the fate of national senior men's team head coach Theodore 'Tappa' Whitmore hanging in the balance, national midfielder Ravel Morrison has come to the defence of the embattled manager.

As reported by The Gleaner, the Jamaica Football Federation technical committee voted unanimously to recommend the dismissal of the 49-year-old Whitmore with six games to go in the World Cup campaign. After eight games, Jamaica are in sixth place with seven points and only managed to pick up two points from the November window with draws against El Salvador and the United States.

With Whitmore back on the hot seat, Morrison, who featured in both recent World Cup qualifiers, not only voiced his support of Whitmore on Twitter on Wednesday, but also on the recent performances of the team in the last two games.

"Makes no sense to sack Tappa, we have just played two very good games. We were the better teams in large spells of the game, & very unlucky to not take maximum points out of both games. One game was a late equaliser! And the other one was from me a wrong decision made against us," Morrison said.

Morrison was referring to the consequential decision to rule out what could have been a late game-winner by defender Damion Lowe during Tuesday's game against the United States at the National Stadium. Lowe was adjudged to have fouled an American player in the act of scoring. Jamaica also had a golden chance to take the lead in that game through Bobby Reid but he missed an open shot in front of the goal.

STAR Sports understands that the JFF executive committee is expected to meet over the next few days to consider the recommendation of the technical committee which needs ratification by the board before action can be taken. Whitmore was reportedly in the hot seat earlier in October with the JFF requiring five points from their three games or else he would be removed from the post. He remained in the position despite falling short of the target by one point.

Whitmore currently is tied with Rene Simoes with the most wins in charge of the senior men's programme (55).