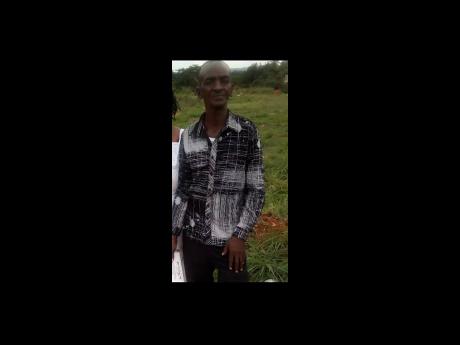 Since the start of the week, gunmen have been on a killing spree across the island, claiming at least 16 lives.

Among the dead is 68-year-old Gladston Campbell, who was shot at his home in Ferry district, St Andrew, on Monday night.

When THE STAR visited the area, a small group of women sat beside a shop that the elderly man operated.

They said that they are still in shock and are finding it difficult to come to terms with the death of Campbell, who they described as hard-working an jovial.

“He was no troublemaker at all. He was a very hard-working man ... he loved to give jokes. Even yesterday (Monday) he was here with us a give joke out by the shop. Him was a busy man who always a burn him likkle coal and raise him goat dem … right now everyone in shock because none a we never expect this,” one of his relatives said.

According to police reports, residents alerted the police after hearing explosions in the area. Cops found Campbell, otherwise called Little Head, in a pool of blood.

He was later pronounced dead at hospital. Campbell is the second family member to die violently in recent times

In August, his 24-year-old daughter Jodi-Ann Campbell was shot to death just metres away from where her father took his last breath.

“Right on this bench that I sit his daughter was murdered last August. Her son was just six months old at the time and none of us don’t even get over that yet and now this. Up to now we don’t know why she was killed or who killed her,” the family member said. Campbell’s common-law wife took Jodi-Ann’s death hard, and the family is afraid she could get worse.

“She has been hospitalised for over two months because she take the death of her daughter hard … she never get over it. We don’t know how to tell her say him dead so for now we not telling her,” the family member said.

Campbell was one of eight persons murdered on Monday. Seven of the victims were committed in parishes where there are states of public emergency.