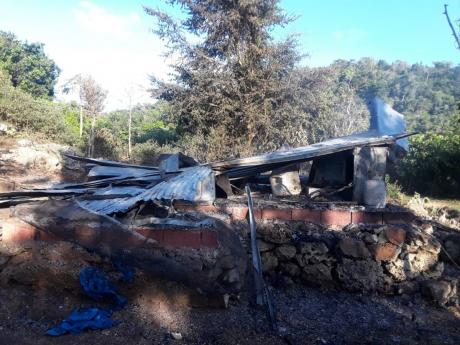 This house was burnt by residents following the shooting death of Glester White in St D’Acre, St Ann, yesterday. 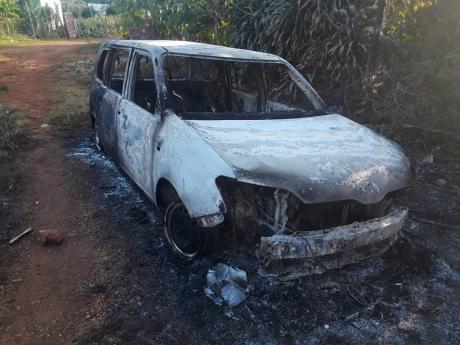 Angry residents burnt this motor car after Glester White Sr was killed, allegedly by a cop in the community yesterday. 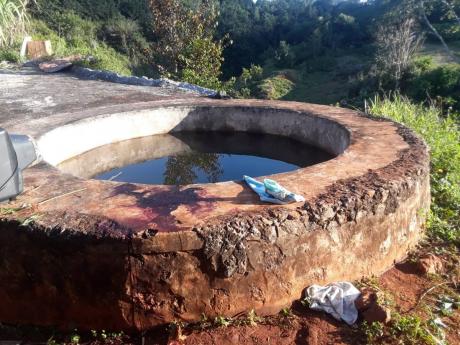 Glester White Sr was shot and killed at this water tank in the community of St D’Acre yesterday.
1
2
3

St D'Acre, a small district situated about five minutes from Alexandria, St. Ann, was yesterday the scene of fire and fury after 43-year-old Glester White, a father of three, was shot and killed, allegedly by a policeman following a dispute over water.

It is reported that early Sunday morning, residents from the community went to the community tank to catch water when White denied them access and destroyed a woman's bucket with his machete.

"Dad was on the tank and some people came over to catch water and dad said they can't catch water this early. So they went back and a lady came over. Argument started because one of the lady said that dad can't stop her from catching water over here. After that, the lady went and made a phone call to a policeman," Glester White Jr, the deceased's son told THE STAR.

The younger White said that he showed up and brandished his gun. The policeman allegedly fired four shots at the elder White who then fell into the tank. Residents said that the St D'Acre resident was shot in the chest.

"My little five-year-old bother saw everything. Him a seh 'the man shot daddy' and a recall when him drop in a the tank and everything. A just dat him deh pon," the younger White said.

THE STAR understands that White occupies the property on which a water tank is located, and from which residents sometimes collect water. Recently, the tank needed repairs and he asked community members to help with the repairs but everyone refused. He went ahead and did the repairs by himself. After that he decided he would limit the supply of water to residents.

Contacted by THE STAR, the Corporate Communications Unit (CCU) of the Jamaica Constabulary Force said that an investigation is ongoing, and no information could be provided at that time.

Meanwhile, Glester Jr said his father's body was pulled from the tank by a relative. Angry residents burnt a motor car, which reportedly belonged to the cop at the centre of the incident. A house was also set on fire.

"Me confused. Me suffer from anxiety so this really a go bother me. Me a guh have sleepless nights because of this ... I'm very deeply disturbed. The police officer shot the man pon no account of anything, so me really upset," he said emotionally.

Meanwhile, Zavia Mayne, member of parliament for South West St Ann, the constituency in which St D'Acre falls, told THE STAR that an urgent investigation is needed to uncover what really transpired.

"I know the gentleman. I know him to be a very hard worker. Based on what I have seen in recent times, I know him to be a productive member of society. It is an unfortunate situation. At the end of the day, we hope that justice will prevail. The community believes that it is nothing short of a cold-blooded act of murder," he said.

"The authorities must respond swiftly to prevent any further contention and any further outburst in the citizens' quest for justice. It's an unfortunate incident. From the information that I am hearing, my understanding is that it was an off-duty policeman, who is not from the area, and there was some issue surrounding water on the gentleman's premises. I'm told that it was totally unprovoked."